In our system of government, Idaho’s courts are responsible for interpreting the law, determining the constitutionality of laws, and applying the law in individual cases. This work is done by fair and competent judges and justices throughout the state.  In a case an independent and neutral judge is responsible for determining the law that applies to a case and may also be the arbiter of facts when a jury is not utilized.  This system focuses on a resolution of disputes based upon the rule of law.

Idaho’s constitution and statutes provide the structure and jurisdiction of our courts.  The Supreme Court, comprised of five Justices and led by its Chief Justice, is responsible for the administration and supervision of all of Idaho’s courts. Members of the Idaho Supreme Court are the only judicial officers in the state called Justices, all others are called Judges.

The Court of Appeals is a court of assignment, which means it hears appellate cases assigned to it by the Idaho Supreme Court. It is comprised of four judges and elects its own Chief Judge. 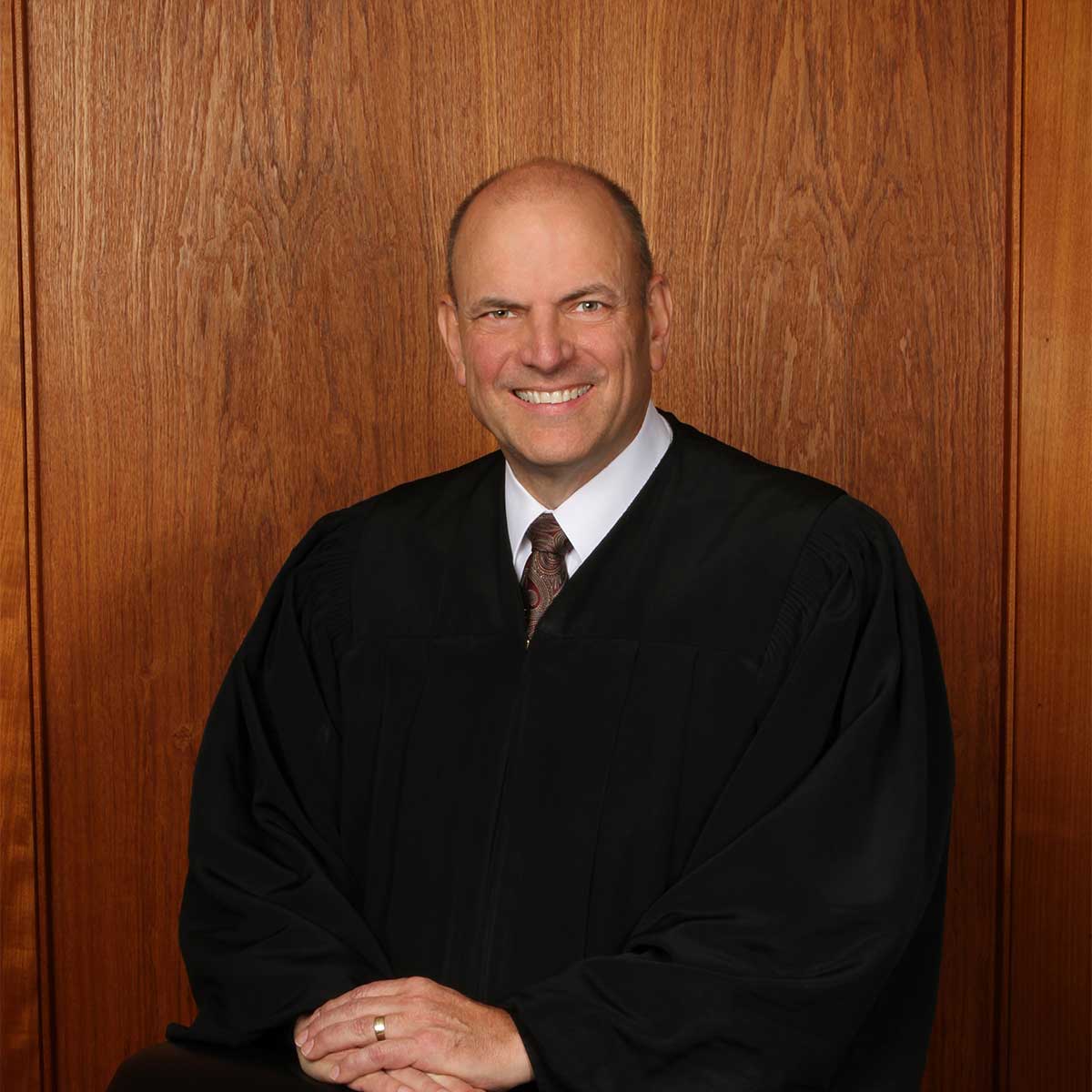 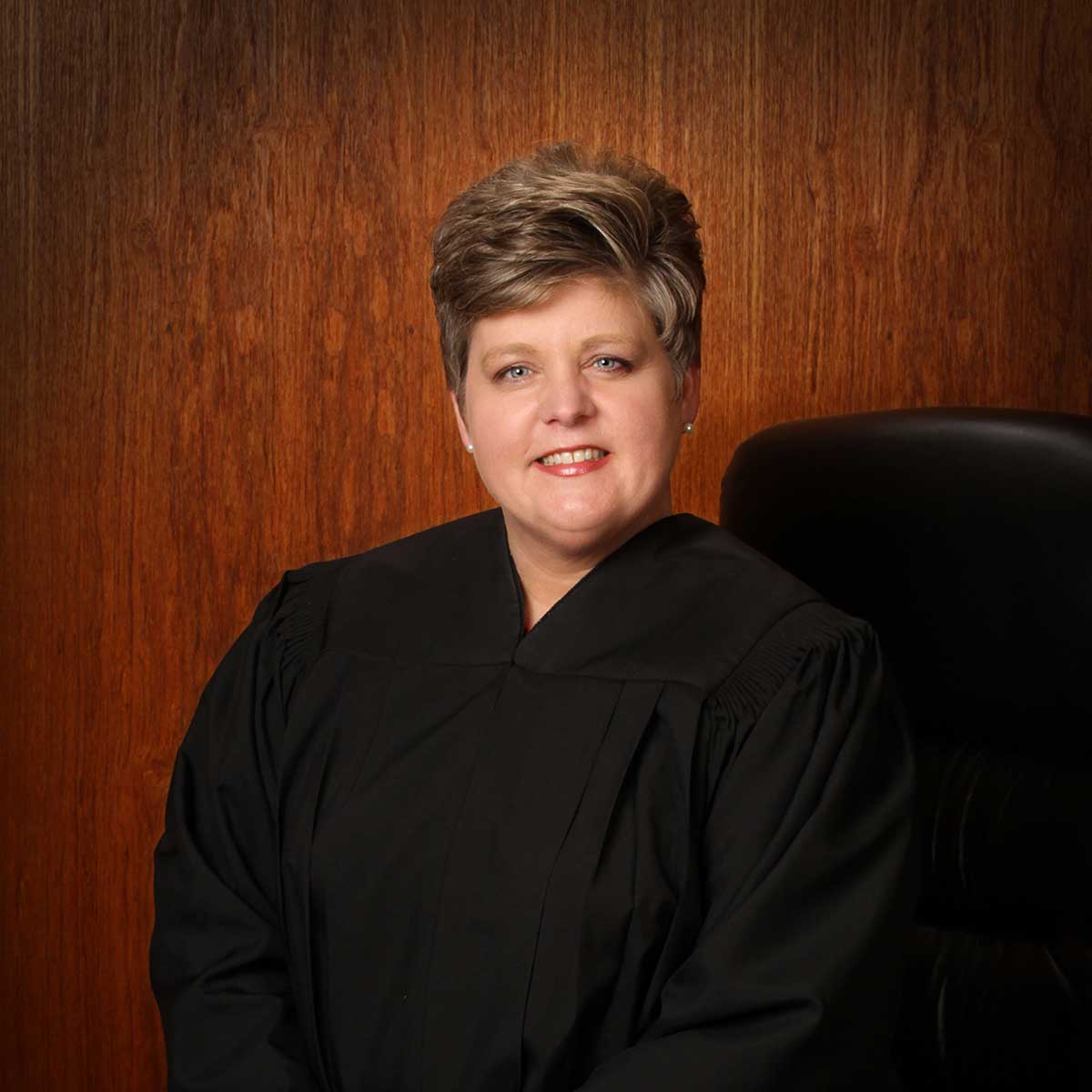 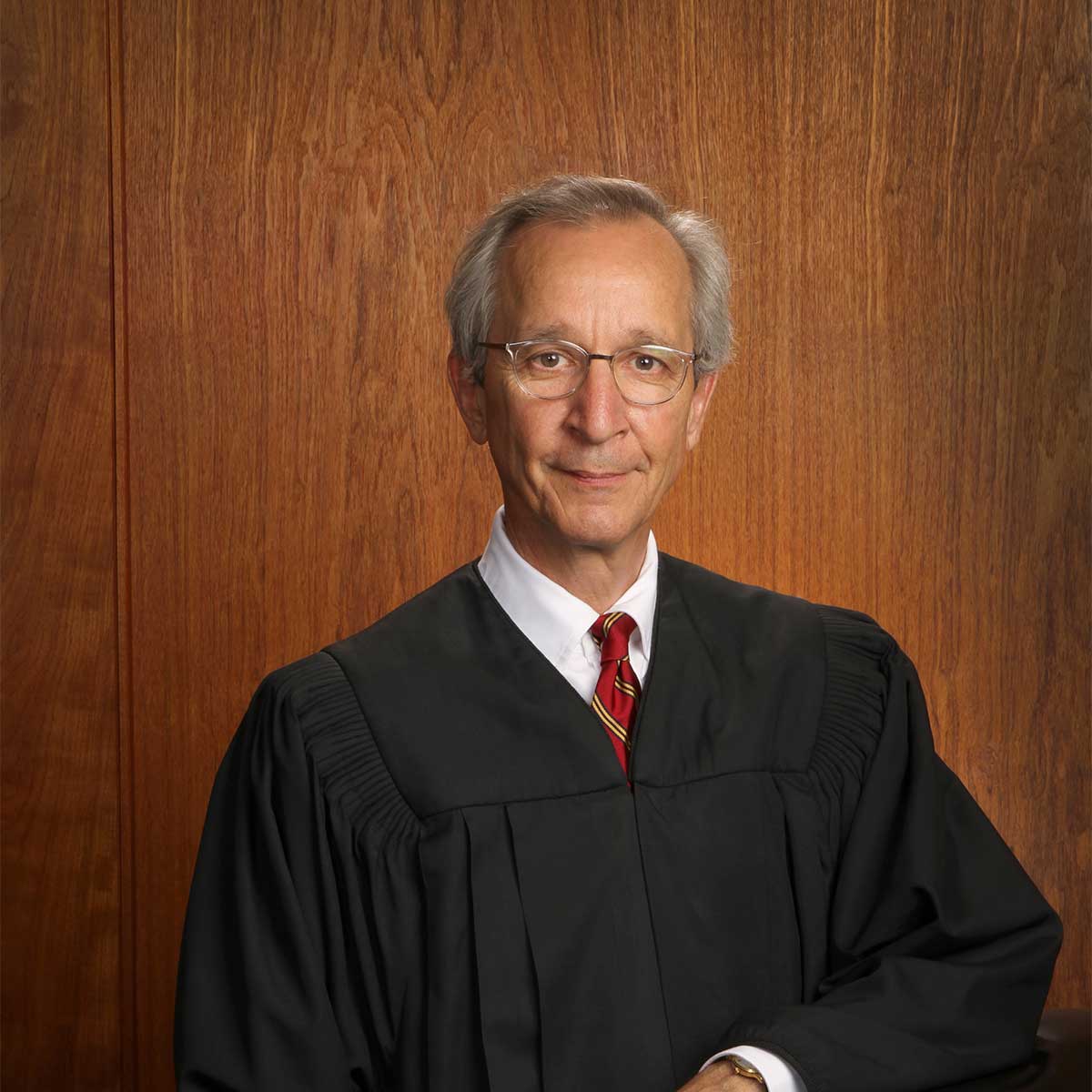 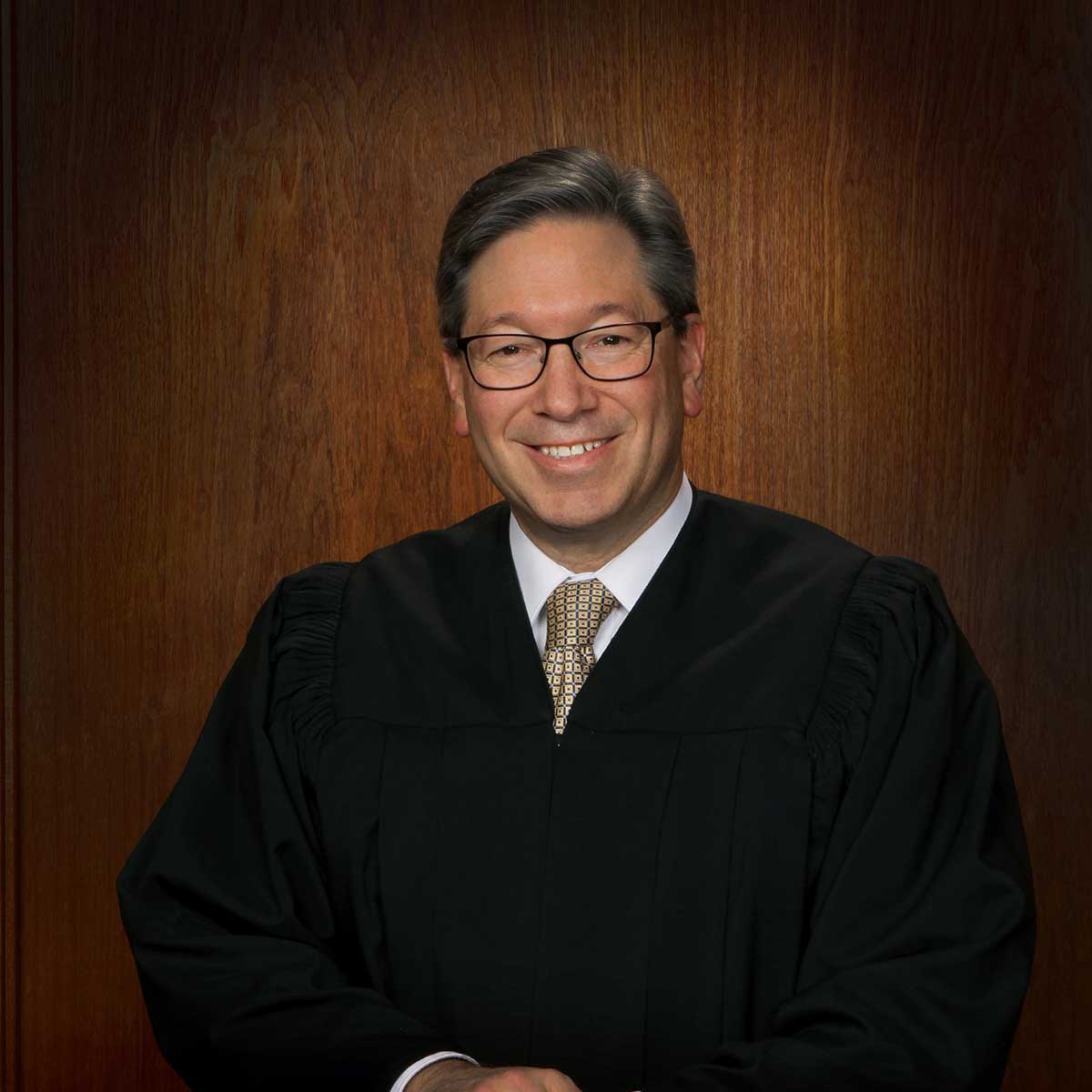 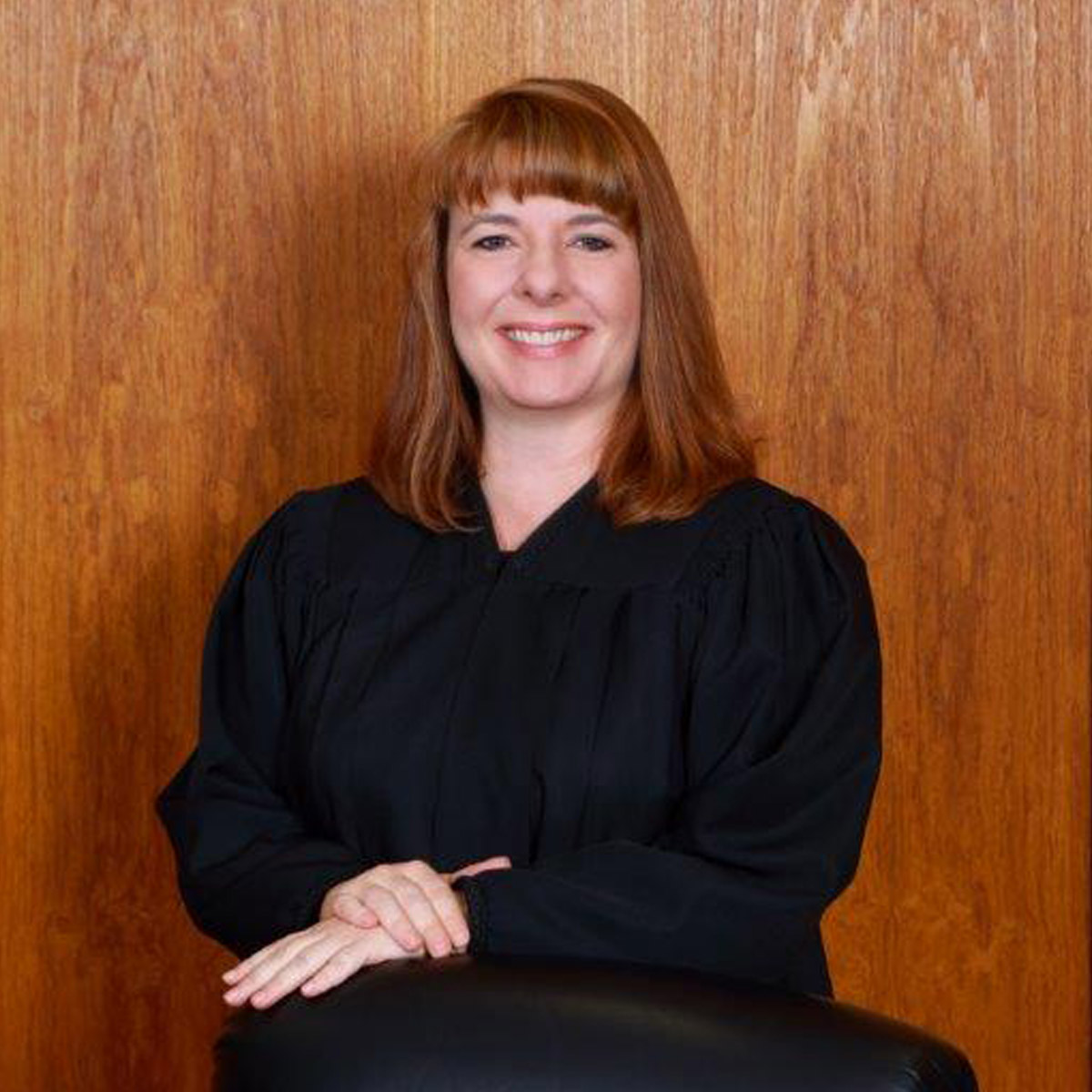 Meet The Court of Appeals Judges 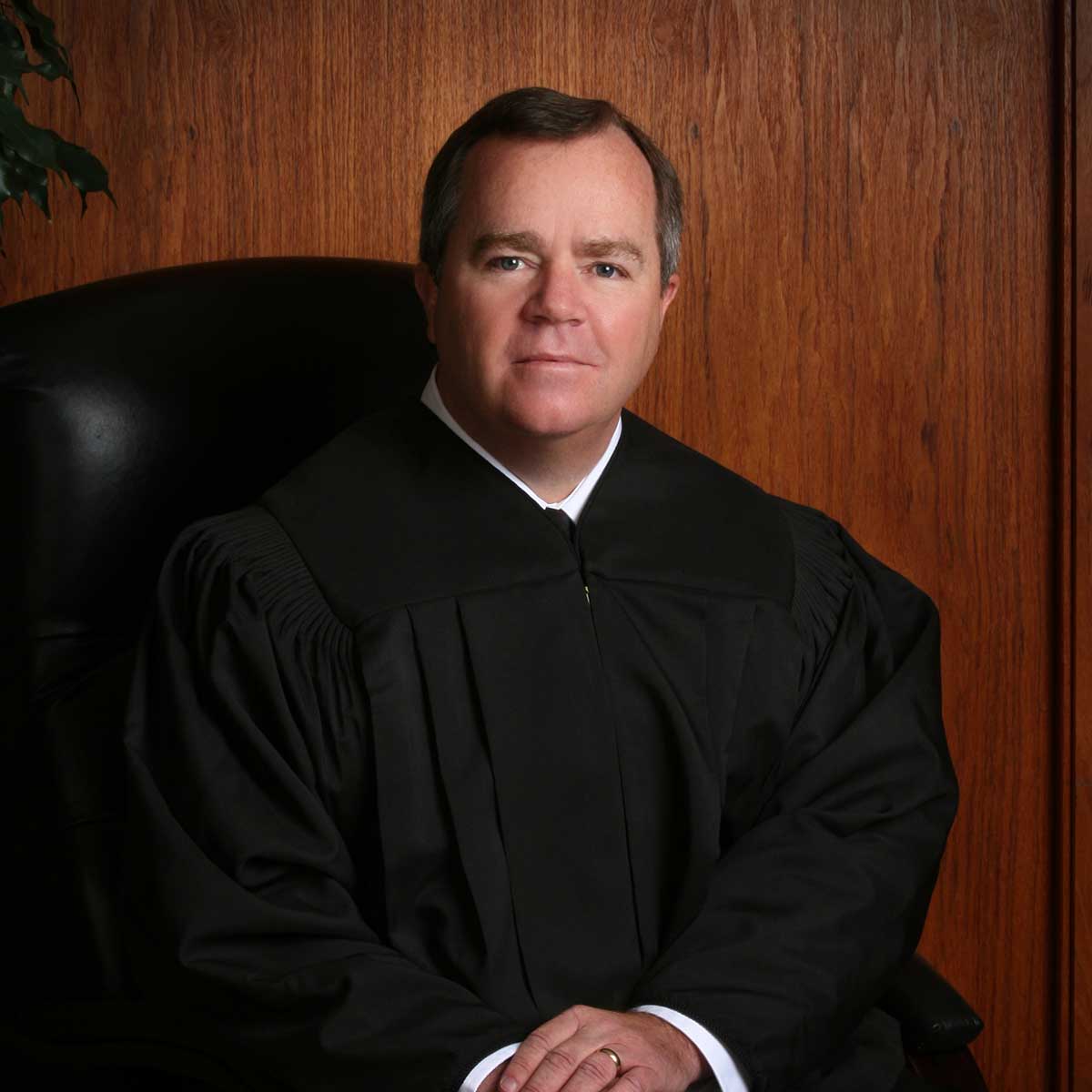 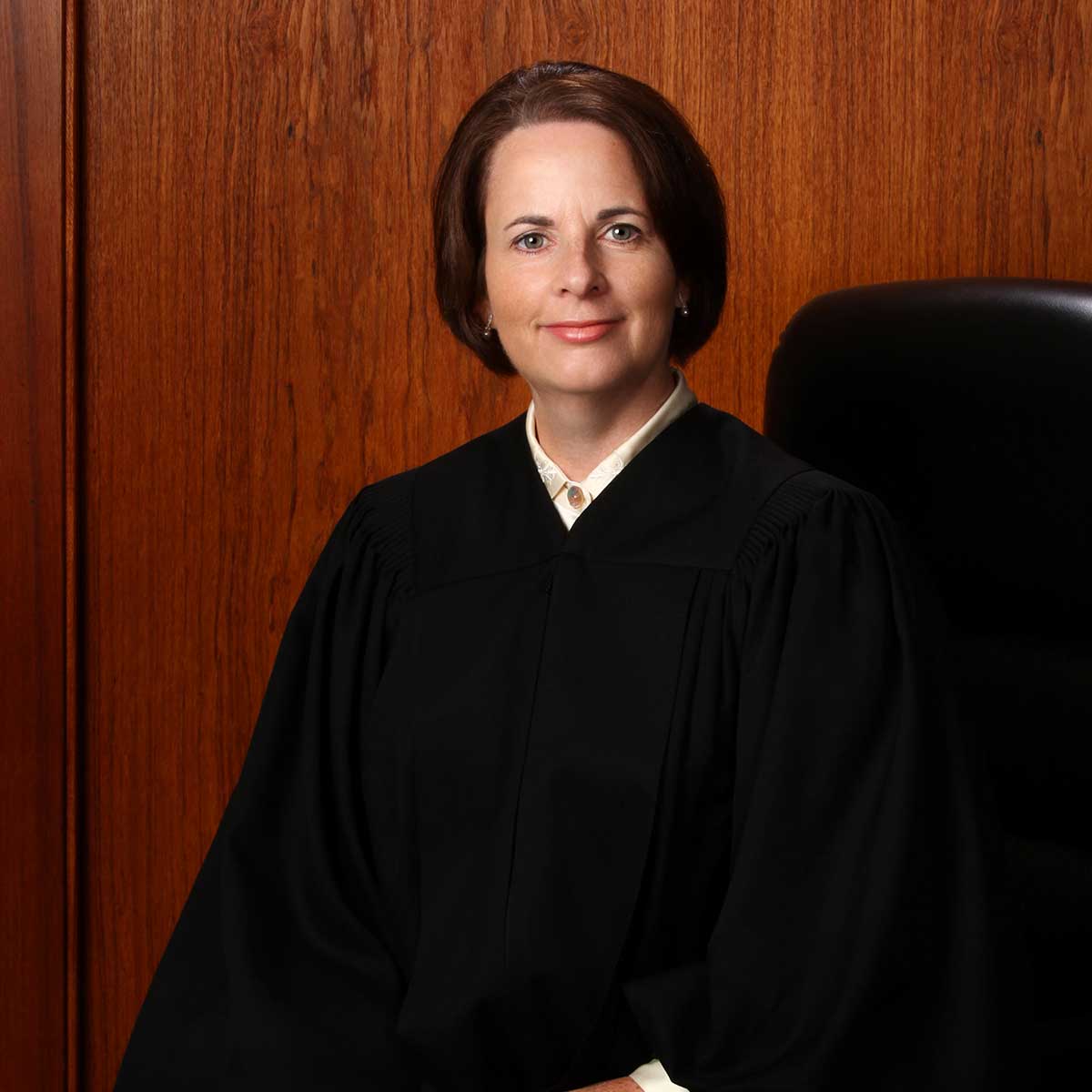 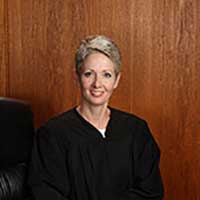 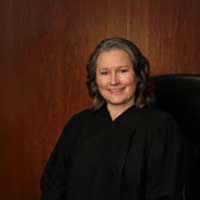 Chief Justice G. Richard Bevan was born and raised in Twin Falls, graduating from Twin Falls High School in 1977. He received his undergraduate and law degrees from BYU, graduating in 1987 from BYU’s J. Reuben Clark Law School and was admitted to the Idaho State Bar that same year.

Chief Justice Bevan was a practicing attorney in Twin Falls for over sixteen years before his appointment to the bench by Governor Dirk Kempthorne in November 2003. He also served as Twin Falls County Prosecutor from 1993 to 1997 and was certified as a family and civil mediator in 1999, successfully mediating over 200 cases before becoming a judge.

While a practicing attorney, Chief Justice Bevan was elected President of the Fifth District Bar Association and served on a number of statewide law-related committees. He was the presiding judge of both the Fifth Judicial District Mental Health Court and the Veteran’s Treatment Court and for eight years was the Administrative District Judge for Idaho’s Fifth Judicial District. Chief Justice Bevan is presently the chair of the Idaho Supreme Court’s Drug and Mental Health Court Coordinating Committee and the Security Committee.

He was involved in youth programs in Twin Falls for many years and is a past president and board member of the Magic Valley YFCA and the CARES advisory boards.

Chief Justice Bevan has been married to his wife, Pam for 39 years. They are the parents of five children engaged in various stages of adult life and the proud grandparents of ten.

Justice Robyn Brody practiced law for nearly 20 years in the Magic Valley until her election to the Idaho Supreme Court in November of 2016. She graduated from the University of Denver, earning a law degree and a master’s degree in international business. Justice Brody moved to Twin Falls with her husband after law school and practiced law there for 13 years. Justice Brody and her family moved to Rupert in 2010 where she started her own law firm.

Justice Brody serves as the vice chief of the Idaho Supreme Court. She chairs the Pro Bono Commission, the Language Access Committee, and the Civil Rules Committee. She is an adjunct professor at Concordia Law School where she teaches a trial skills practicum and a small law firm management practicum. She spends time volunteering to strengthen Idaho’s legal community by participating in numerous continuing legal education seminars and serving as a mentor and presenter at the Idaho Trial Skills Academy, a new lawyer training program. Her favorite part of a being a Supreme Court Justice is having the privilege of giving tours of the Supreme Court to many of Idaho’s fifth graders.

Justice Brody and her husband have been married for nearly 24 years, and the couple have two active boys, ages 12 and 14. She enjoys spending time with her boys in numerous sports and activities, including football, wrestling, and skiing. She is an active member of the Catholic Church and is a past president of the School Board of St. Nicholas Catholic School.

Colleen Zahn was appointed as the 59th justice of the Idaho Supreme Court by Gov. Brad Little on June 1, 2021. She was sworn in on July 1, 2021, and is the fourth female justice to serve on the Court.

Justice Zahn joined the Court after working for nearly 20 years as an attorney, both in private practice and in state government. Her career has encompassed both civil and criminal law with a focus throughout on issues related to government, employment and constitutional rights.

Following her clerkships, Justice Zahn spent nearly 10 years in private practice, first with the Boise firm of Naylor, Hales & McCreedy and then with Hall, Farley, Oberrecht & Blanton. Her private practice focused on defense of local government entities, employers, and small business and property owners. She litigated a wide variety of civil issues, including constitutional, property, contract and employment claims. She also assisted clients with wills, probates and adoptions. In 2004, Justice Zahn received the Idaho State Bar’s Service Award for her work with Idaho State Bar committees and the Fourth District’s Citizens Law Academy.

Justice Zahn joined the Idaho Attorney General’s Office in 2011. She first served as a deputy attorney general assigned to the Idaho Department of Correction before moving to the Attorney General’s Civil Litigation Division. In those roles Justice Zahn prosecuted disciplinary actions for a state licensing board, counseled clients and provided state entities with training on employment and labor law issues. She also defended state entities in a variety of civil litigation. Her litigation practice focused on employment law, complex civil cases and constitutional matters.

Justice Zahn and her family reside in Boise. She enjoys camping with her family and spending time in Idaho’s beautiful outdoors.

Justice Stegner is a native Idahoan, having been born and educated in Grangeville. He is a 1977 graduate of Whitman College in Walla Walla, Washington. He began law school at the University of Idaho College of Law in Moscow in the fall of 1979. During his second year he was a staff member, and during his third year he was Managing Editor of the IDAHO LAW REVIEW. He graduated from the University of Idaho in the spring of 1982 and was admitted to practice by the Idaho State Bar that same year.

Following law school, Justice Stegner clerked for U.S. District Judge Harold L. Ryan for two years in Boise. He then joined the Lewiston firm of Clements, Brown & McNichols and practiced law there for more than twelve years. His practice involved a broad range of civil litigation. He left the practice in January 1997, after Governor Phil Batt appointed him to be a district court judge in Latah County. While a district judge, he established Latah County’s Drug Court (2002) and Mental Health Court (2012). He continuously presided over both from their inception until his appointment to the Supreme Court.

Justice Stegner is a recipient of the George G. Granata Jr. Award given by the Idaho Judiciary and the Distinguished Jurist Award presented by the Idaho State Bar Association. He was the first judge to receive both of these awards and to be so recognized by the Bench and Bar.

John and Laurie Stegner (née Elgee) were married on August 8, 1981, at Seattle’s First Baptist Church. The couple have three daughters, Sarah, Elizabeth, and Katherine, of whom they are fiercely proud. In 2017 their daughter Sarah and her husband, Matthew Purdy, graced them with grandson George Purdy.

Immediately following law school, Justice Moeller began working for the Rexburg law firm of Rigby, Andrus & Moeller, Chtd., where he became a partner in 1994. During his years as an attorney, he focused on civil litigation, water law, and criminal defense, trying large and small cases across Idaho in both state and federal courts. From 2007 to 2009, he taught upper division classes in Media Law & Ethics as an adjunct professor at BYU-Idaho.

In April 2009, after 19 years in private practice, Justice Moeller was appointed by Idaho Governor C. L. “Butch” Otter to be a district judge. His resident chambers were in Madison County, but he presided throughout the ten counties comprising the Seventh Judicial District (an area roughly the size of West Virginia). He also presided over both the Upper Valley Drug and Mental Health Courts, and served on five Idaho Supreme Court committees, including the faculty for training new judges.

Justice Moeller is a frequent speaker on various legal topics across the state and has spoken at national conferences. Prior to joining the Supreme Court, he served as a judicial representative on the Idaho Criminal Justice Commission and the Region 7 Behavioral Health Board. In 2015, he received the Professionalism Award from the Eagle Rock Inns of Court, and in 2016 was named Public Servant of the Year by the Rexburg Area Chamber of Commerce.

Justice Moeller and his wife, Kathy, have been married for over 34 years. They have five children and currently seven grandchildren.

Judge Gratton was born and raised in Emmett, Idaho. He attended Boise State University, graduating in 1982 with a B.A. in Political Science. Judge Gratton received a Juris Doctor from the University of Idaho College of Law in 1985.

He served as an intern law clerk for Ninth Circuit Judge J. Blaine Anderson in 1984 and as a law clerk to United States District Court Judge Harold L. Ryan from 1985 to 1987. Judge Gratton joined the law firm of Evans Keane LLP in 1987, becoming a partner in 1993, until his appointment to the Idaho Court of Appeals in 2009, by Governor C.L. “Butch” Otter.

Judge Molly J. Huskey is a 1984 graduate of Moscow High School.  Huskey received her undergraduate degree (B.A. in Public Relations, 1989) and her Juris Doctor degree (1993) from the University of Idaho.

She was admitted to the Idaho Bar in 1993. She served as a public defender and as a prosecutor in Bonneville County before joining the newly-created Office of the State Appellate Public Defender in 1998. She became the Chief of the Appellate Unit at the SAPD in 1999 and was appointed as the State Appellate Public Defender in 2002 by Governor Dirk Kempthorne, with the appointment renewed by Governor C.L. “Butch” Otter.  She remained in that position until her appointment to the district court bench in 2011 by Gov. Otter.

Appointed to the Idaho Court of Appeals in July 2015.

Judge Jessica M. Lorello is an Idaho native who graduated from Boise High School in 1989. She received a Master’s Degree in Health Care Administration and her Juris Doctor degree from the University of North Carolina at Chapel Hill. After law school, she worked in private practice at Givens Pursley LLP until 2004 when she joined the Criminal Law Division of the Idaho Attorney General’s Office where she worked in the Appellate Unit and the Capital Litigation Unit. Governor C.L. “Butch” Otter appointed Judge Lorello to the Idaho Court of Appeals in 2017.

Judge Brailsford and her husband have been married for more than twenty years, and they have three children.